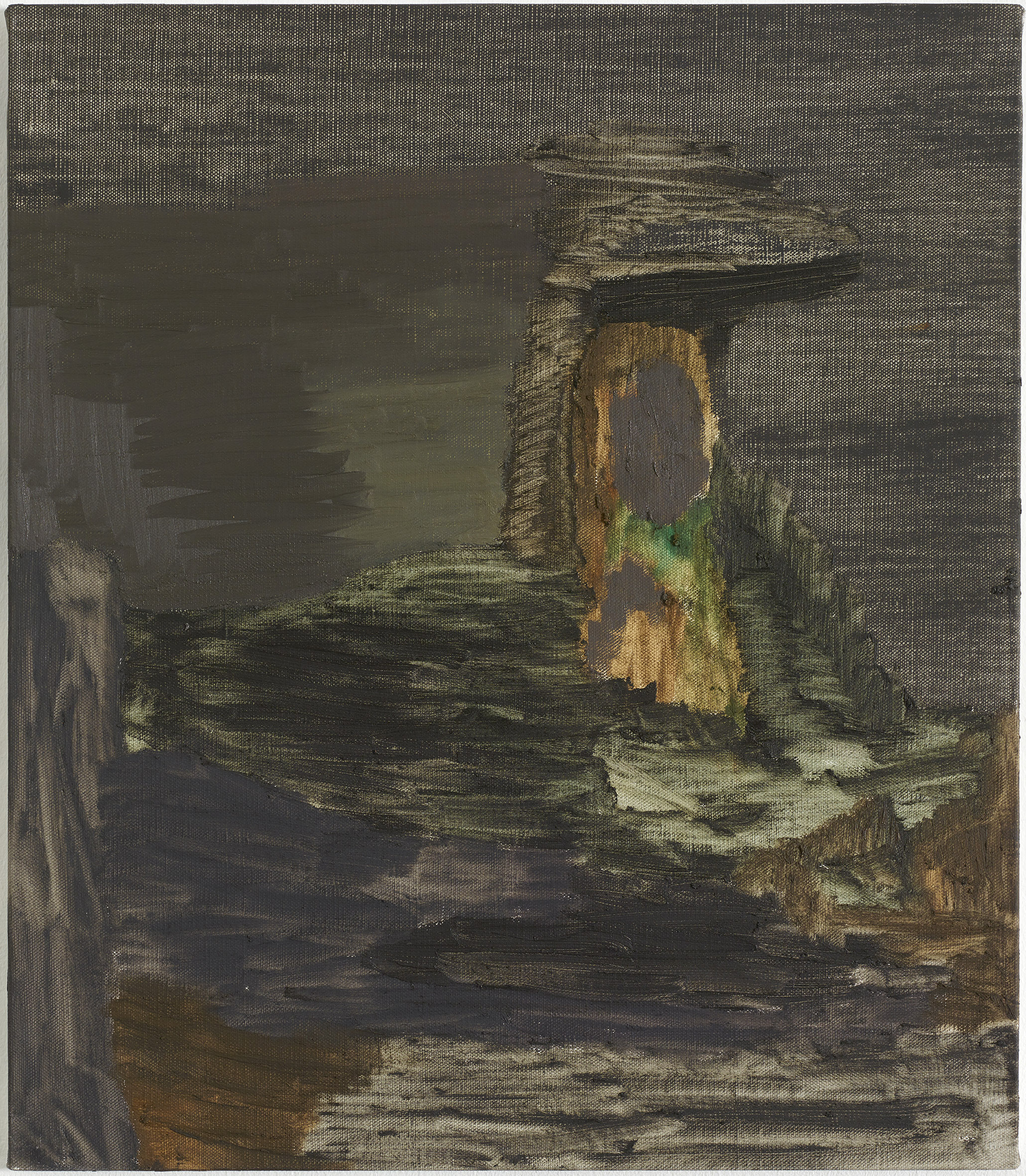 Andreas Erikssons recent works are all in dialogue with nature and the landscape tradition in painting but they are just as much directed inwards, circling around a specific kind of subjectivity, a quiet way of being among things. In the exhibition Eriksson is showing new paintings as well as textile works, plaster reliefs, and photographic prints. The double-directed resonance towards nature, self and other art unfolds differently depending on the variable logics of these media.

Most of the new paintings are painted in dark, earth-coloured tones sometimes approaching monochrome surfaces of paint. They conjure the atmosphere and experience of landscapes, a dark sky at noon, wet grass, or the face of a rock, yet they are simultaneously physically present as painted surfaces, signs of a bodys work in front of a canvas. The vertical and horizontal composition of brushstrokes tend to make the spaces calm and static, and convey a feeling of time brought to a standstill. The darkness seem enclosing yet captivating.

The reliefs are made of polyurethane painted with a solvent making the surface disintegrate into new patterns. The resulting forms have finally been cast in plaster. This means that what at first may look like direct casts of nature are in fact a kind of paintings in negative, where matter is subtracted instead of added with every brushstroke. The reliefs are in this sense similar to other works by Eriksson such as the molehills and the bronze birds, which also engage with loss. The reliefs have a more pronounced objecthood than the paintings, and their monochromatic whiteness also contrasts with the earth-coloured paintings. The forms in the reliefs reminds of natures often chaotic structures. Yet some of them are more like signs and seem to approach a kind of abstract calligraphy.

The photographic series document a walk through a landscape empty of people and only sometimes divided off by a fence or some trees. The angles are mostly pointed towards the earth, focusing on cold grass covered with dew, on bushes and stones. They are neutral images, consciously recorded in a pale, non-romanticizing light. The photographic prints are mounted serially next to each other, what almost makes them seem look like a storyboard, like chapters in a story. Because they avoid a professional photo aesthetics they have a common, everyday feel to them. Yet they also more enigmatically seem to hint at a hidden plot, which stays just outside visibility.