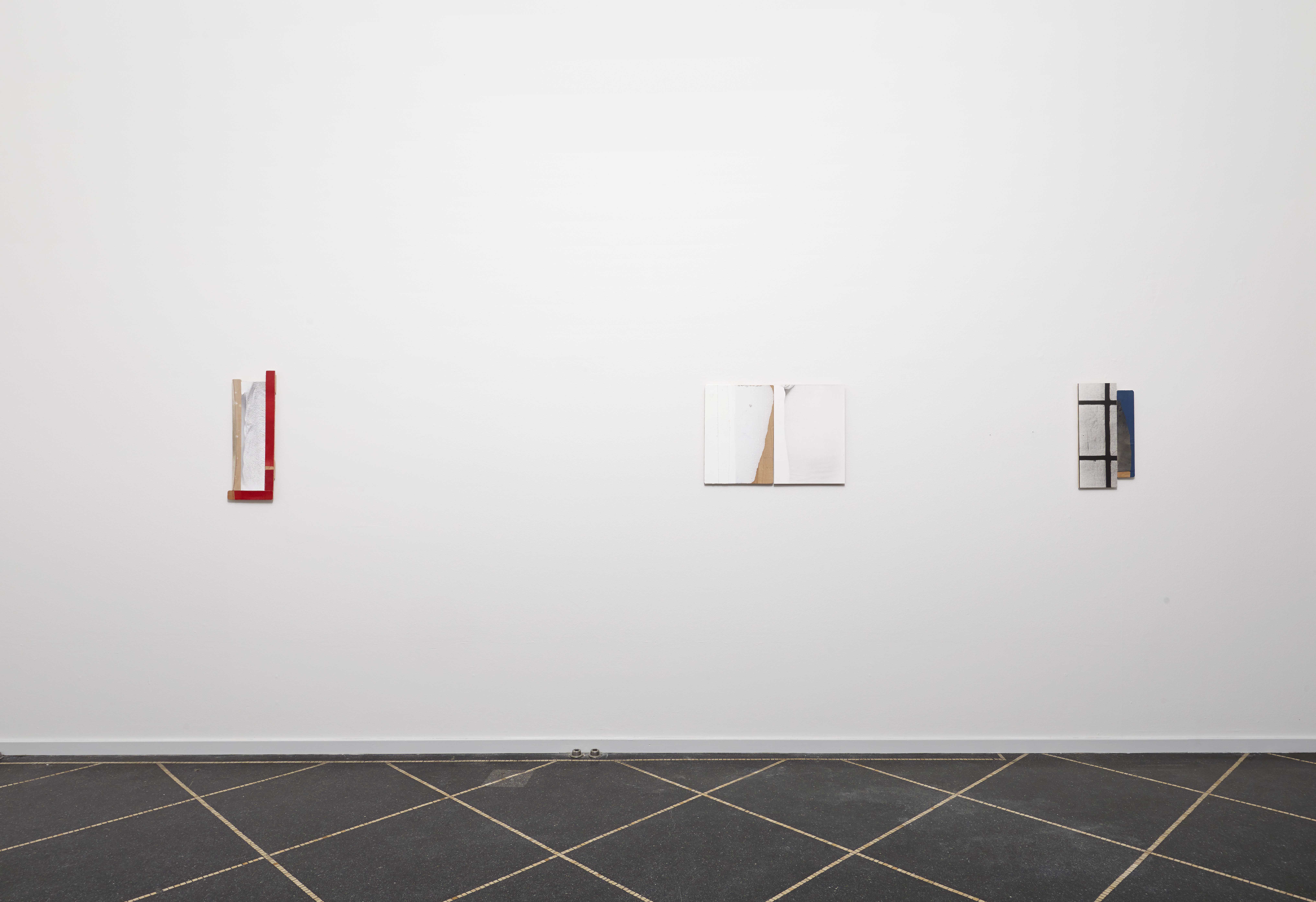 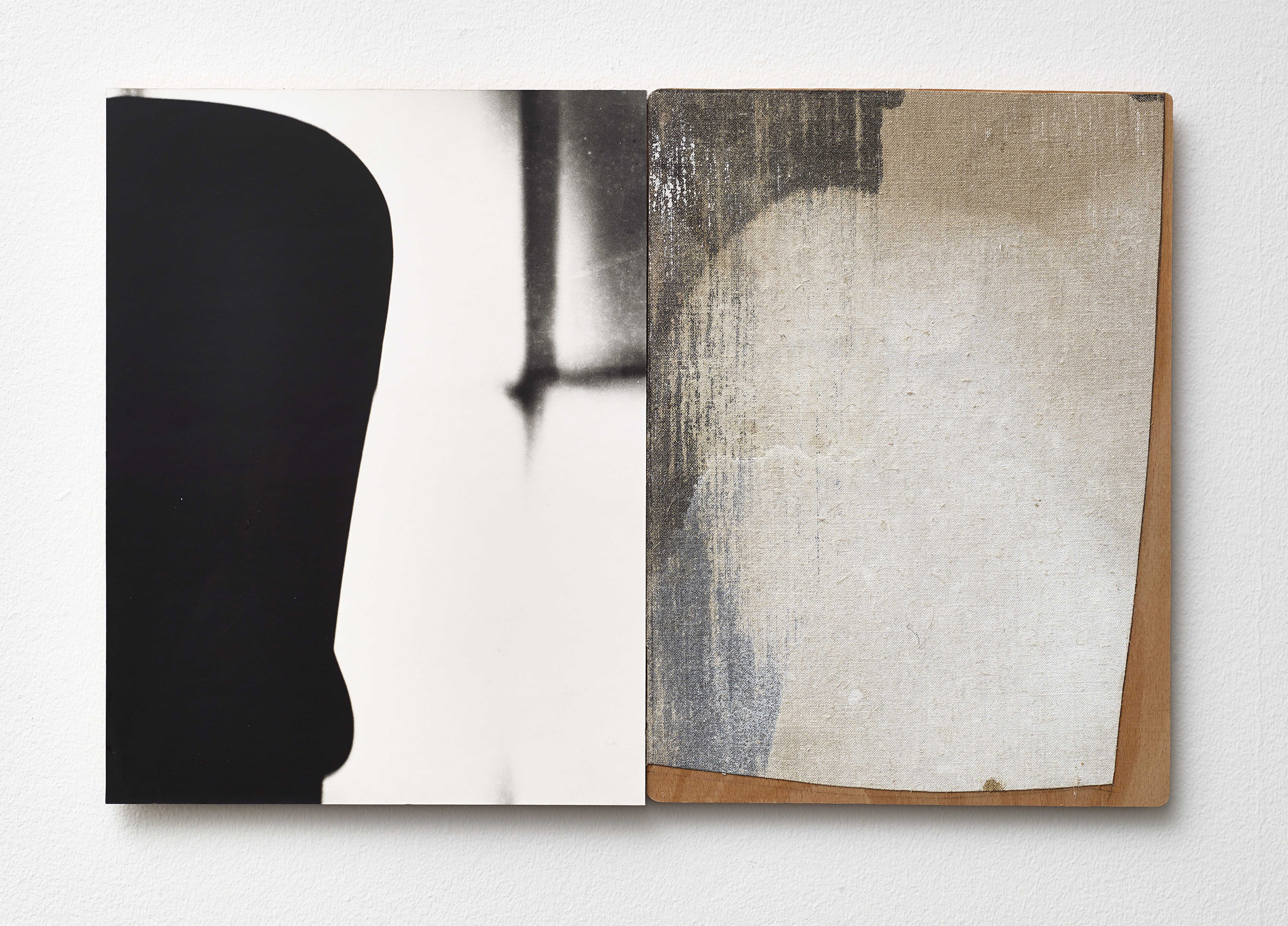 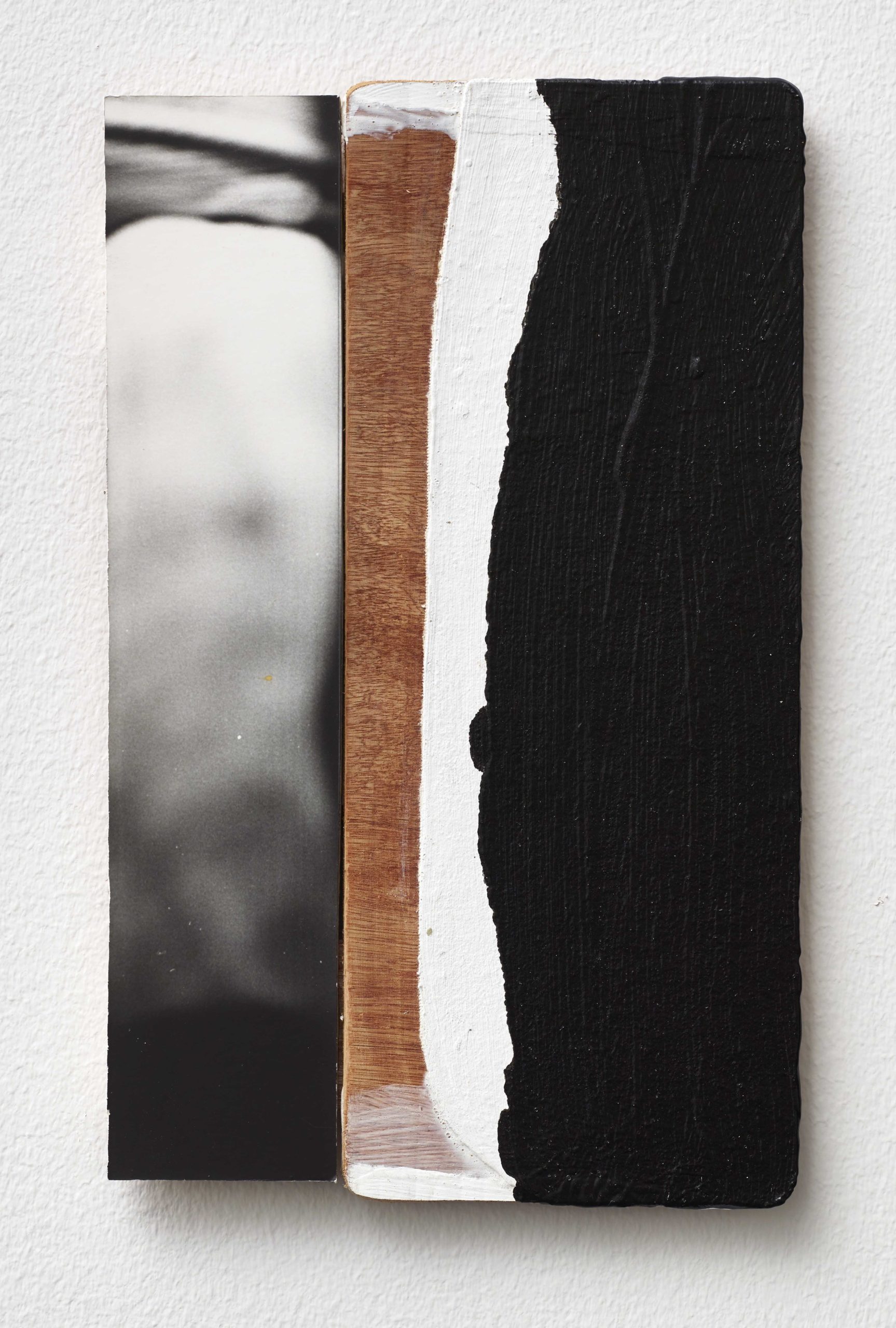 Oil an acrylic on canvas and wood and photograph mounted on wood, 35 x 21 cm

Eagduru is the Old English word for window. Literally it means ‘eye-door’. It is also the title of Ian McKeever’s new works, which are here shown for the first time. The dual meaning of eagduru, either to look out of or to physically pass through, is also present as a structure in the works: diptychs combining photographs and paintings mounted on wood panels. The photographic and the painterly are naturally evoking different kinds of experience of space, depth, texture, light, and narrative. The works are about what happens when these media are brought together in specific assemblages, sometimes resulting in a dissolving of the borders between them, yet other times accentuating their specificity. The choice of the diptych format to connect photography and painting resonate with earlier works by McKeever made in the 1970s and 1980s, where diptychs where also used to juxtapose photography, drawing and painting in various constellations.

The second series of works in the exhibition is named Against Architecture. This series is also based on photographs and painted panels but here the dialogue takes place in a smaller, vertically oriented format, reminding slightly of the collage aesthetics of early modernism. The Against Architecture works point more explicitly towards architecture by referring to fragments of space, walls, doorways and windows. They articulate an experience of space which is intimate and tactile in contrast to architecture’s generally public and transparent quality. The objecthood of these works also feels more pronounced, probably due to the way they have been assembled of differently sized wood panels.

In both series materiality and colour are decisive to the experience of the works: the various combinations of wood, canvas, photographic prints, acrylic and oil paint; of black and blue, green and white, red and gray… On the surface the photographs could perhaps be read as representations and the paintings as abstractions. But on closer inspection it is exactly this difference between representing and abstract signs that the works are challenging.