A Timeline Starting on the Surface 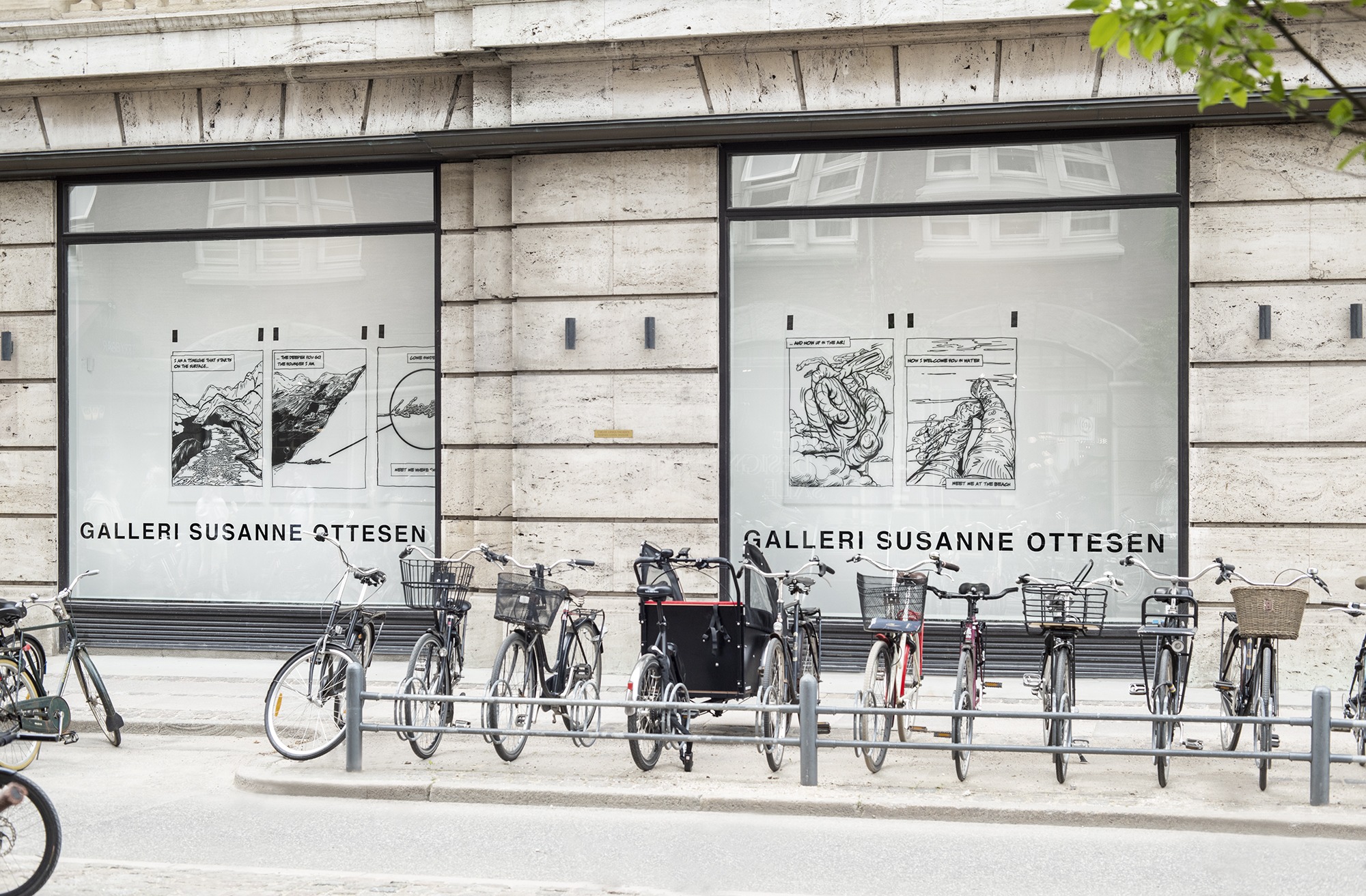 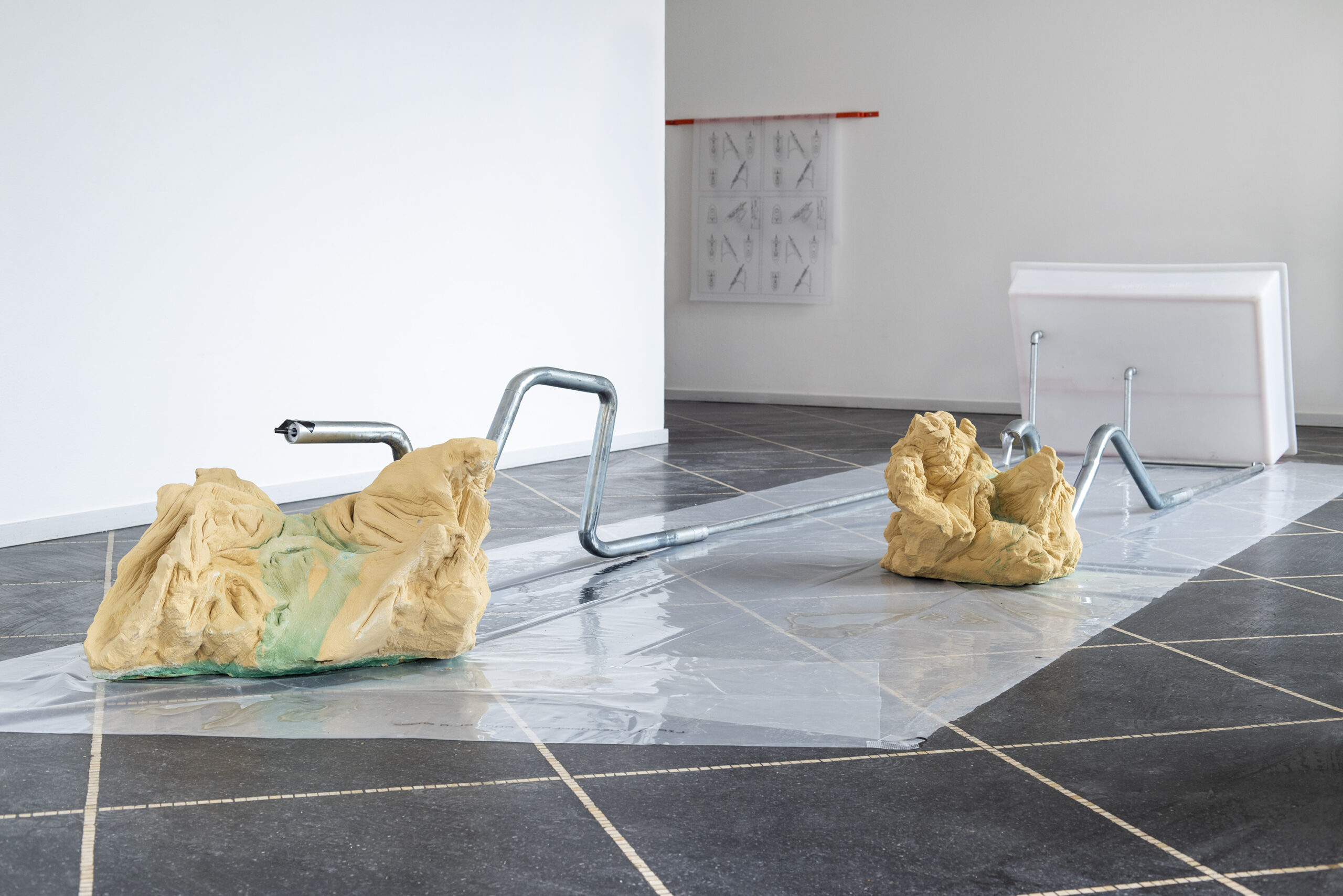 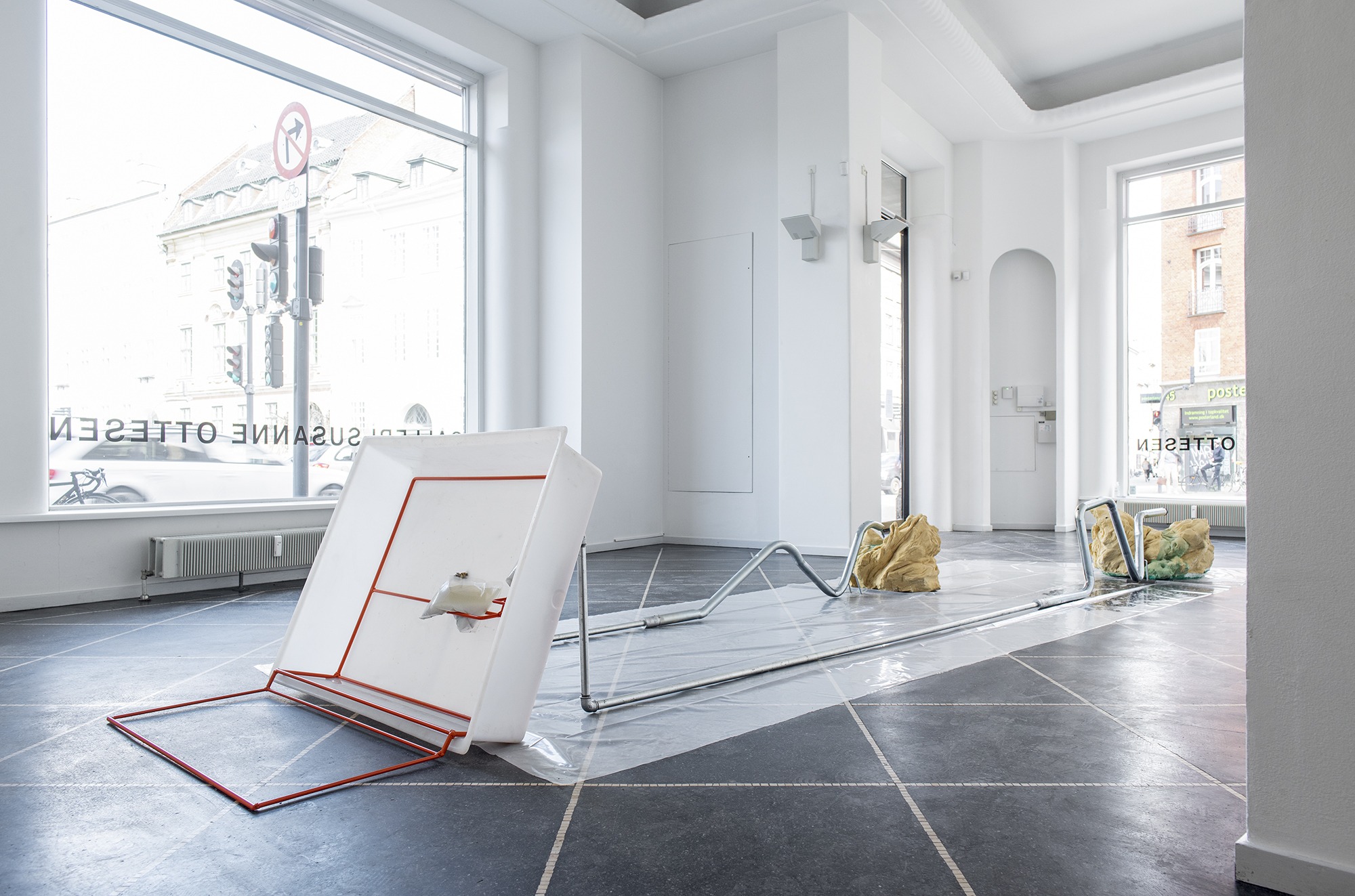 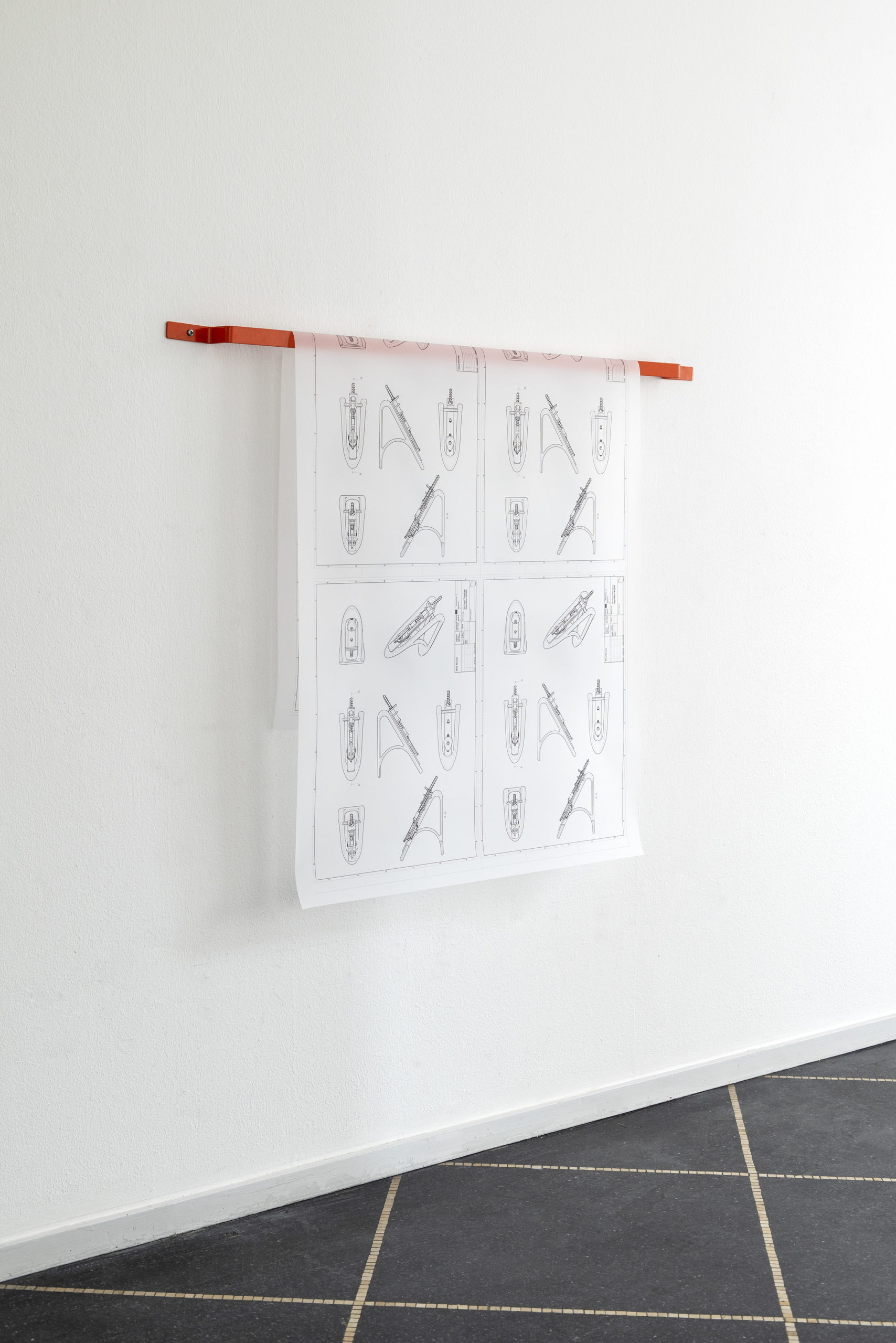 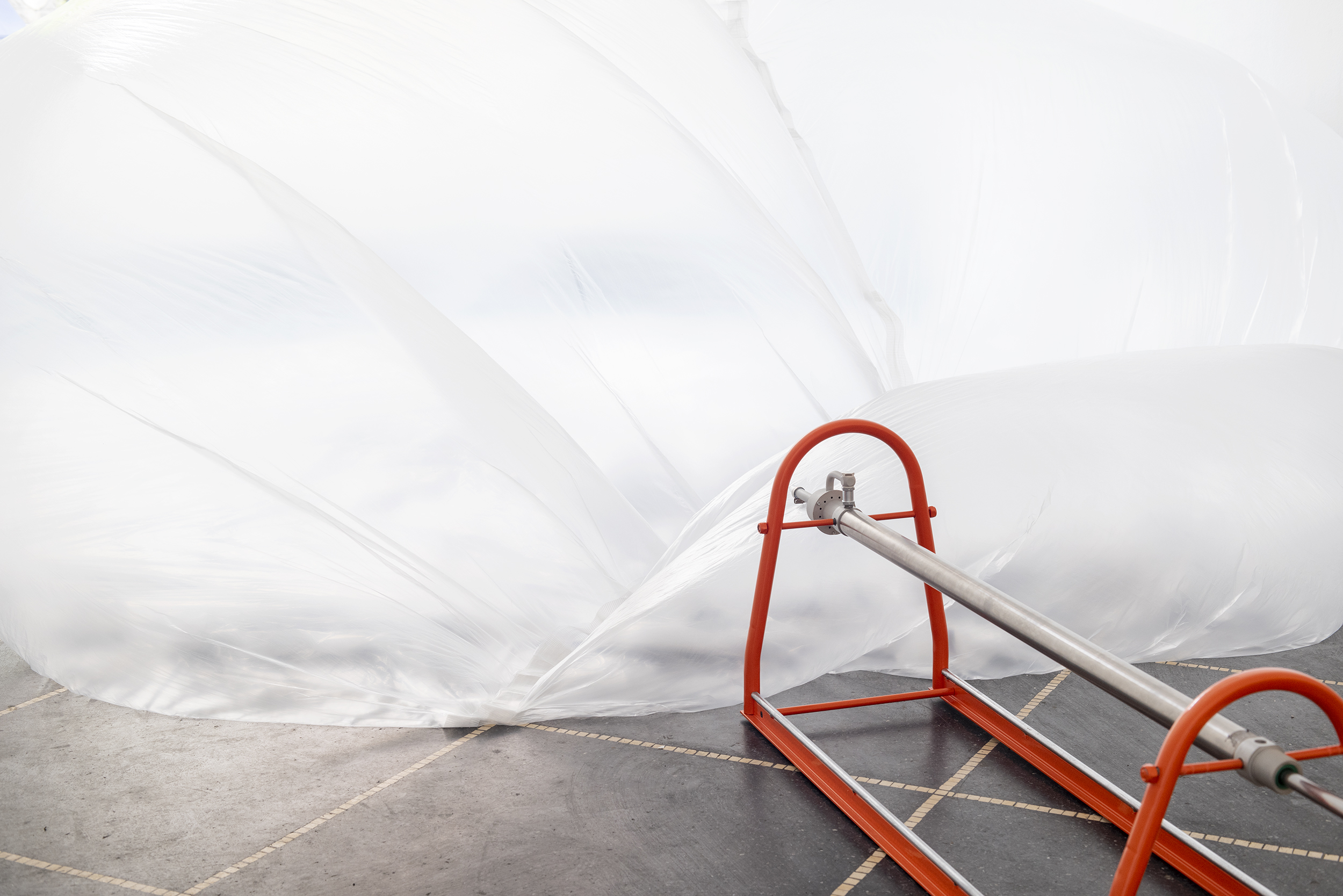 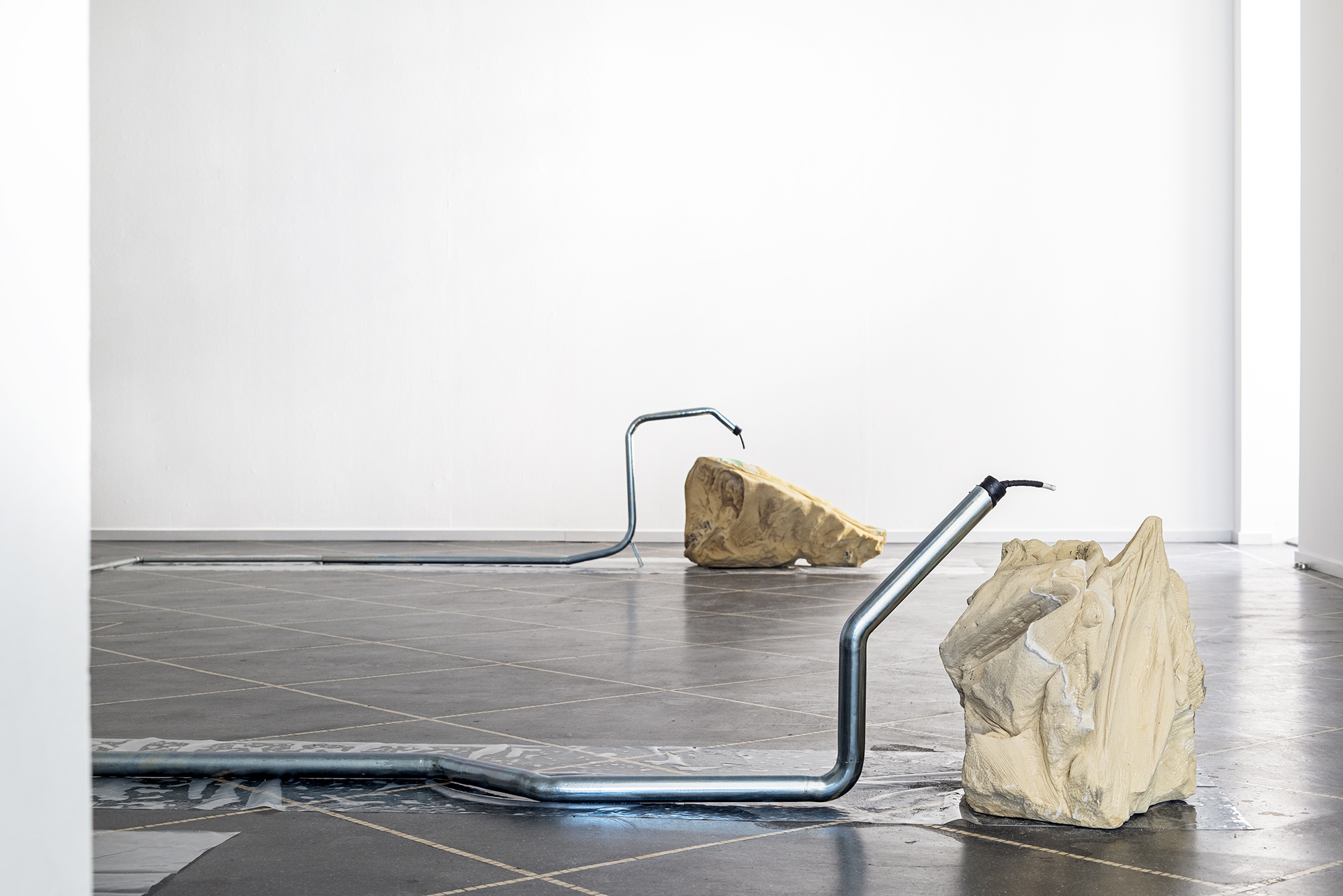 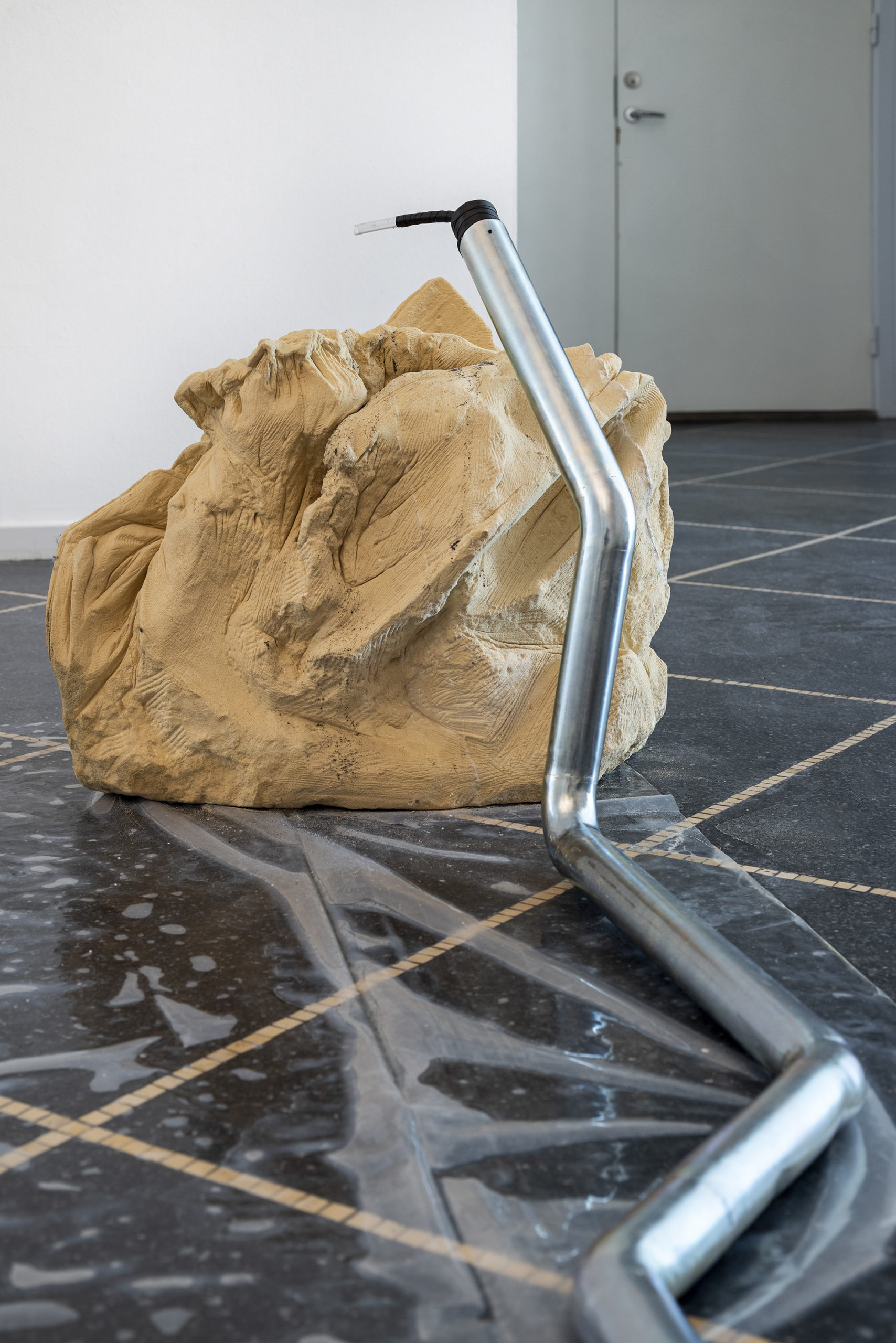 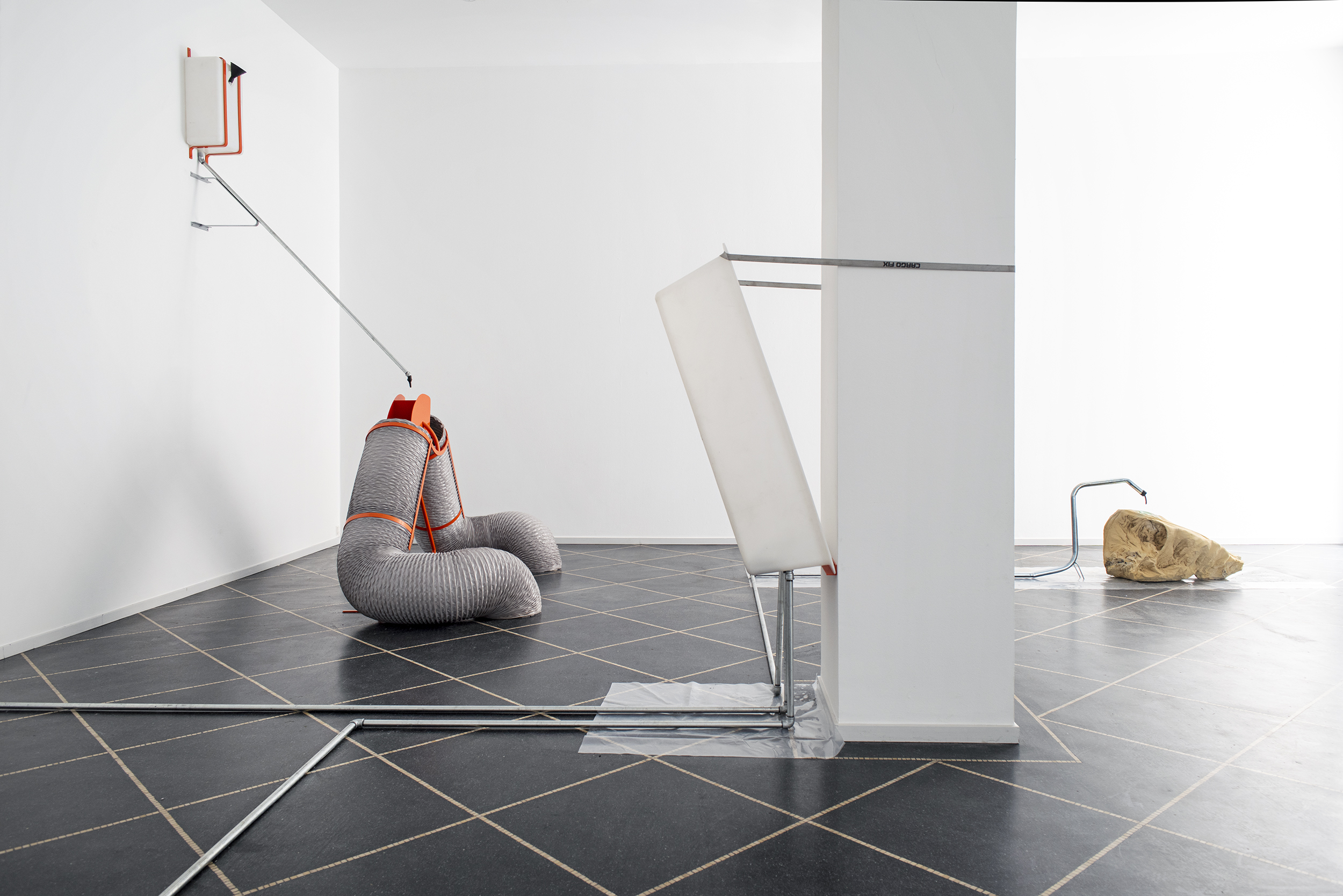 Nina Nowak, A Timeline Starting on the Surface, 2021

Nina Nowak, A Timeline Starting on the Surface, 2021

Not too long ago I found myself listening to a podcast during which one of the guests, totally unrelated to the subject at hand, spoke of their sporadic but no-less committed “eye yoga” practice. Stick your left hand out as far as it will go, he directed, prompted by the curiosity of the other guests. Looking straight ahead, focus your eyes on your hand. Stretching my arm out in front of me, I paused my walk and followed suit. Moving my hand slowly to the right, and without twisting my neck or chin, my eyes were to trail my fingertips until they could go no further. Now rub your hands together until they’re warm, he encouraged, and place them over your eyes. Gradually, I could feel the surrounding muscles soften beneath the warmth of my palms; the desired effect. Cupping them away from my eyes, we listeners were instructed to clear our minds while staring into self-imposed darkness. This, I would later find out, is referred to as “palming.” An exercise that claims to improve both depth of perception and vision shifting, as trained through agile alternations between left and right, up and down, near and far, and the presence and absence of visual stimuli. While the effectiveness of such exercises is widely contested, what they foster with certainty is an attentiveness to the parameters of sight subjective to the individual, and as delineated by the confines of one’s body.

Such serves as a long-winded way to introduce a thought experiment at the heart of Nina Nowak’s latest body of work, A Timeline Starting on the Surface (2021). Seeded by her Grandfather’s oft-quoted “How many Devils sit on a needle’s end?”––a playful adaptation of the age-old, “How many angels can dance on the head of a pin?”––the term alludes to the idea that there could in fact be a great many thousand, if not infinite amount, imperceptible to the human eye. In more recent times, stripped of its theological context, it has come to be used as a metaphor for wasting time debating topics of no practical value. For Nowak, this question marks a generative point of arrival from where to explore the parameters of human comprehension more broadly. Most especially, drawing her to investigate that and those residing in what she refers to as “the borderlands” separating the intelligible from the otherwise.

For this exhibition, the borderland in question is rooted within a mountain. Specifically, a system of tunnels charting its interior––120 kilometres in combined length, 8 metres in height, and ranging from 3-5 metres wide––incurred over millennia of excavation. Impossible to comprehend at 1:1 scale, this she approaches as both a sculptural and very human problem, regarding the space of art as a conduit for questioning the scale of things we cannot see. Especially fitting, considering art as a form of meaning making that is felt, beyond the sole register of sight.

Nowak begins by imagining what the positive volume of this shape would look like and whether it’s possible to behold in its entirety. This, as the title of the body of work suggests, is not, however, strictly a spatial question, but pertains to time too: How are we to comprehend the inner movement and processes of this tunnelled body, which unfold through a vastly different time scale? Working across a range of mediums and materials, both analogue and digital, Nowak addresses these ideas through two opposing movements. The first, scaling down: Through combined use of 3D-imaging technology and analogue techniques, Nowak creates a miniature model of the tunnel system, reducing it to proportions relatable to the human body. The second, zooming in: Exploring what is contained within a solid volume through the act of carving. In this case, Nowak takes the excavated material itself––marlstone––as her base, seeking to grasp its conditions invisible to the human eye, using her chiselling tool as a focal point. Whether carving or drawing, working in photogrammetry or animation, each affords her a unique lens through which to zoom in and out of the borderland both materially and conceptually, and as guided, in turn, by each materials’ distinct set of realities.

This method of inquiry manifests in the artist’s presentation of a new body of work. Which, akin to the body, comprises a complex web of interrelating systems. Throughout the gallery space, are clusters of stone drawn from the interior tunnelling of the mountain that come to morph over time through their interaction with, and exposure to, various external factors. Their transformation is elicited through Nowak’s construction of “tools” that mirror human agency in a material world on differing scales. Liquids, including water and copper oxide, are issued from various containers into basins, dispersed via a network of pipes. Some metering our experience at a regular interval, while others secrete at a rate too sporadic to detect. In another constellation, cement, itself composed of grains of marl, comes to be transformed into a tool in its own right, which, when pumped back and forth along a track, bears the capacity to inflate a room-sized cube with air.

Such material cycles, which see the marl transforming materially in varying concentrations, and temporally at differing rates, mimic on a micro-scale the far-reaching cycles of which it’s part. As a means to fathom these macro-processes, Nowak interweaves a decidedly reductive lens: that of the comic strip. Lining the walls looking onto the street, the narrative unfolds as a set of prints on transparent paper, which trace the circadian rhythm of the story’s solo protagonist: the tunnelled body. To do so, in a related exercise of scaling down, the artist sought to imagine how the void would narrate its own story if it were a living body, an object with agency. And how it might move, its skin delineated by the surrounding tunnel walls. Reading between the lines, we come to witness its journey of sequential transformations. From its formation as a system of tunnels over hundreds of thousands of years, to its evaporation as heat expelled by concrete, and, finally, its return to the sea––marl, constituted by fossil sand, a former beach––in its consequent downpour as rain.

The artist regards the borderland as a latent body. One that we come to interact with directly and indirectly on a daily basis. By extension, Nowak’s new body of work––however disparate they may appear on the surface––may be similarly regarded as a singular entity. As if beholding the tunnelled body from multiple perspectives simultaneously across time, an amalgam of viewpoints, conditions, and temporalities connected by a shared point of arrival and return. To comprehend it as such, however, requires submitting to the artist’s perpetual state of vision shifting as explored through questions of scale. How many Devils sit on a needle’s end? Rather than seeking an answer to this question through the space of art, what Nowak deftly effects is a blurring of the borders between animate and inanimate, intelligible and incomprehensible, engaging artmaking as a tool for resignification.

Nina Nowak (b. 1984, DE/PL) explores through her artworks the relation between animate and inanimate matter. Working across a decisively broad array of media and materials, she is interested in investigating questions of the human body and its inorganic extensions. Her artistic research especially draws her to study what she refers to as the “borderlands” of distinction between living and non-living matter. Informed by the domains of anthropology, literature, history and biology, Nowak has developed a practice that is at once research based and materially dedicated. The installation as a functional set-up for different processes of material transformation, as well as the functional object as an extension of the human body, are recurring themes in her work.

Nowak studied at Kunstakademie Düsseldorf, the Royal Danish Academy of Fine Arts in Copenhagen, and the Royal Institute of Fine Art in Stockholm. In 2018, she was awarded a one-year grant program by Stiftung Kunstfonds Bonn (Cultural Foundation of Germany). The Ministry of Culture and Science of the State of North-Rhine Westphalia supported Nowak’s work with an individual working grant in 2017. Nowak was artist-in-residence at Art Hub Copenhagen in 2019, and awarded with working and production grants by the Danish Art Foundation and the Danish Art Workshops in 2020. Her work has been exhibited at Galleri Susanne Ottesen in Copenhagen, museum Kunstpalast in Düsseldorf, and Horsens Kunstmuseum, which holds three of Nowak’s works in their permanent collection. At present, Nowak is concluding a period of residency at the Jan van Eyck Academy in Maastricht, the Netherlands.